With its striking red colour scheme and widespread presence on east coast highways, Ron Finemore Transport is one of the best known family-owned transport businesses in the industry.

The business runs strategic logistics hubs in cities including Wodonga, Wagga, Orange and Goulburn to service their customers in Brisbane, Sydney, Canberra, Melbourne and Adelaide efficiently and effectively every day across a fleet of 260 prime movers and more than 500 trailers.

To ensure it does so safely and reliability, seven days a week, Ron Finemore Transport partners with technology and internet of things provider ORBCOMM to help it maintain what is a stellar record in fleet safety, customer service and fuel economy and use of data.

The partnership arose from goals the company was looking to achieve around accessing data from the fleet so that it could be used to enhance operational efficiencies such as fuel cost reductions through optimal driving styles and to use driver scores to measure and ensure safety while reducing the financial burden of refrigerated load claims.

Data disclosed from the right telematics platform could also provide the fleet with key metrics within its substantial operations.

A full end-to-end solution of robust hardware, and intuitive and in-depth software was needed to manage its 700 plus assets — along with some time to act on bringing in some changes.

The level of data available through the ORBCOMM system and the difference it could make to the fleet made a strong first impression on Darren Wood, Ron Finemore Transport General Manager of Technology and Innovation.

“The driver performance tool was second to none at the time and we still believe it’s the best in the market,” he says. “Vehicle performance scoring has provided and continues to provide valuable insight into the type of equipment we should purchase for different contracts in our business.”

As a long-term customer, Ron Finemore Transport sees ORBCOMM touching nearly every corner of the business.

According to Darren everything the business does is focused on providing insight into driver performance and driving style, fleet performance and efficiency to ultimately mine data from the system.

System-generated reports are also leaned on heavily to understand key business metrics given the volume, speed and accuracy of data flowing through the system; all of it vital for the company’s successful operations.

“You can’t win the game if you don’t know the score. We always refer to that sort of analogy when we talk about any part of the business,” says Darren. “If you don’t measure it, you can’t improve it.”

Driver behaviour means different things to different companies. For a driver-first business like Ron Finemore Transport, safety is the number one concern. Monitoring performance scores helps to contribute to the safety of the fleet by identifying and helping to correct at-risk driving behaviours.

Having an up-to-date weekly scoreboard for each driver builds a continuous improvement environment.

By monitoring driving in the truck, the system produces a score for each driver and each trip. ORBCOMM’s system monitors drivers in 26 categories like harsh braking, harsh acceleration, speeding and use of cruise control.

Better fuel burn, to cite one benefit, is a natural outcome of monitoring and coaching drivers through performance scoring. Ron Finemore Transport focuses on the management of fuel cost by reviewing and acting on driver performance scorecard information.

“The key thing for us is management of fuel economy. It’s still the largest cost in our business by far, after wages. Anything we can do to improve the driver fuel efficiency is where we focus our attention,” he says. “All the other benefits that come from that are natural. So, if you can improve a driver’s focus on touching the brake, or looking ahead, anticipating what’s next and using cruise control, then naturally you get a fuel benefit and improved safety.”

The data derived from driver performance scorecards can open an ongoing dialogue with drivers according to Wood.

“The KPIs from a driver performance perspective are fuel burn, anticipation and brake applications,” he says. “These three things combined, when interpreted in the right way, give our driver trainers the opportunity to have sensible discussions with drivers about their driving style and opportunities to improve.”

Fuel burn data is also used to inform equipment specification. As part of its continuing objective of streamlining operations, Ron Finemore Transport has put a strong focus on understanding its fuel burn per vehicle to inform its truck specifications.

By using the fuel burn data in tandem with other system data, Ron Finemore Transport attempted to reconcile the difference between the costs of running its Australian truck fleet of chiefly Volvos and Mercedes-Benz commercial vehicles and those used in Europe.

A high-utilisation fleet like Ron Finemore Transport’s must maximise its uptime to deliver a safe and reliable service for customers. ORBCOMM maintenance management assists in eliminating over- or under-scheduled maintenance.

“I think it’s fair to say there were lots of spreadsheets before,” Darren says. “Now that we keep maintenance up to date in the ORBCOMM system, we schedule reports to our operations teams on a daily and weekly basis. We’re getting information; we’re servicing our equipment on time and we’ve cut out a whole heap of waste associated with spreadsheets.”

Vehicle performance scoring, which can help determine the right asset for the task, is another area Ron Finemore Transport has looked to gain key insights from the ORBCOMM technology.

According to Darren it has delivered a far better understanding of their fleet.

“It has provided and continues to provide valuable insight into what type of equipment we should purchase for different contracts within our business,” he says.

Ron Finemore Transport mixes data, previously inaccessible to it, from ORBCOMM’s solutions with other data it draws from its transportation management system to evaluate how the different vehicles operate and how best to get the maximum performance out of them.

As many of its products need to be kept at specific temperatures throughout the journeys, the company relies on temperature tracking and reporting provided by ORBCOMM. To date it has substantially reduced the cost of claims according to Darren.

“We had claims in excess of half a million dollars per year. We believed we hadn’t done anything wrong, but because we didn’t have the evidence to support it, we ended up paying,” he says. “The year after we implemented BT 300s into the business and started tracking the temperatures in real-time, we had minimised our overall claims cost.”

It’s proven itself, what’s more, a significant tool for discovering other avenues to growth within the business.

“In the Australian market at that time, we were one of the only companies in the country tracking temperatures in real time. It gave us an advantage over our competitors,” says Darren. “It allowed us to build our refrigeration business from where it was back then to what it is today. What we do, we do extremely well, and we can validate our cargo temperatures instantly, which is great peace of mind for our customers.”

The volume and depth of data available through ORBCOMM’s systems makes for a great fit with a business that invests so heavily in its interrogation and usage.

“As much as possible we try to report in real time in all of our systems. We therefore rely on data coming out of our API into our data warehouse. We interrogate that data using robots and other tools to determine departure and arrival times,” Darren says. “Our fallback position is always reporting out of ORBCOMM in the instance where we need to validate information. This provides real-time status updates for every shipment in our business. We now use that data to marry against the trip information in the TMS, to determine arrival and departure times at each of our stops. Then we use robotic process automation to update our TMS using ORBCOMM data. Getting that data in real time for us is critical and feeds through then to many of our other systems.” 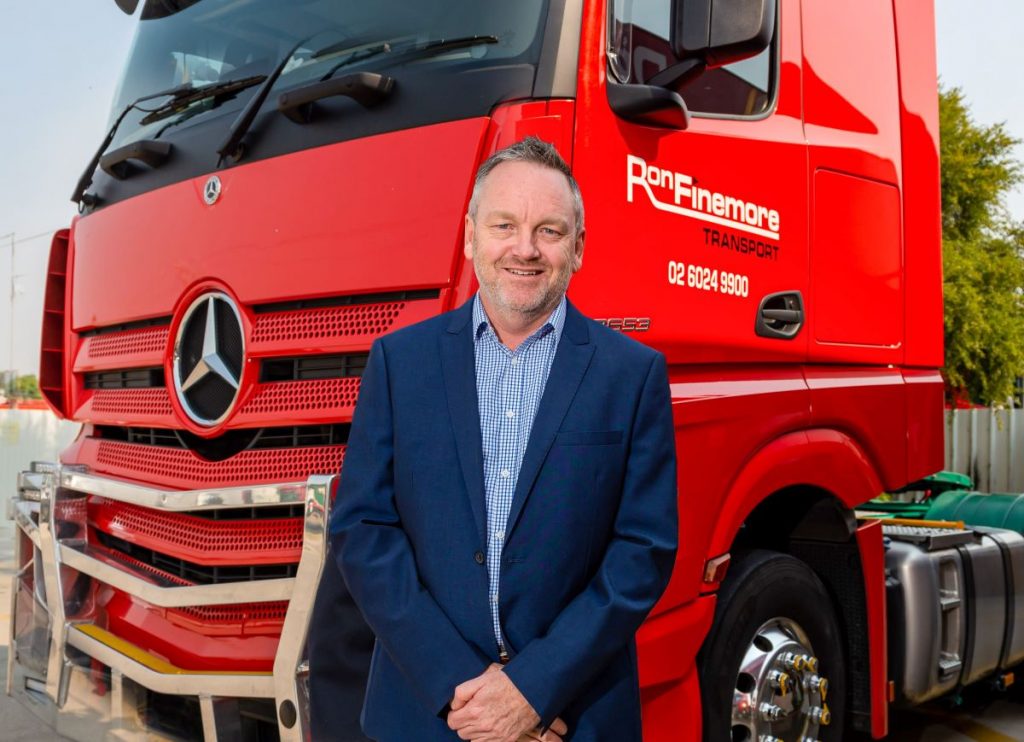